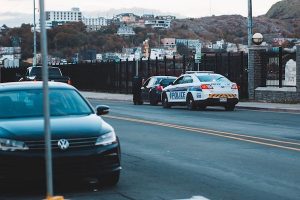 While certain laws in the U.S. are federal, others are defined at the state level. Motor vehicle operation is governed by state law.

This means that drivers’ rules on the road differ from state to state. When visiting states outside your home state, for example during a road trip with a rented car, it is essential to have a high-level understanding of local driving laws.

When driving in a new place, you are likely consumed with figuring out your way and adapting to the local driving style.

The last thing you need is to get pulled over by the police for violating a local traffic regulation! If you are pulled over, keep in mind the following:

It is impossible to be aware of every motor vehicle law for every one of the fifty United States, but exploring the below categories can help you better understand the big ones.

Planning a USA Coast to Coast by car? Read also these resources:

Speeding is one of the most common reasons drivers are pulled over. Speed limits vary widely by state, so paying attention to signage is very important.

The longer you drive in one state, the more you will get used to these standard zone limits.

States with higher populations and more city space will usually have stricter speed limit laws than rural states with lots of space.

With cell phones becoming mainstream, many states have specific regulations about using the phone while driving. Some restrict phone use to Bluetooth-enabled only, while others just restrict texting activities while driving.

States that deal with congested roads may have special lanes for carpooling, so it is essential to understand them state by state.

Right on Red Regulations in U.S.

While the vast majority of states allow right on red after a complete stop, New York does not, and this is something to be careful about when driving outside of your home state.

Some specific driving laws by state are as follows. These are examples only and not intended to provide a complete set of laws for any of the states, but you can research those with each state’s department of motor vehicles.

In Alabama, teen drivers who violate restricted license restrictions, such as driving after midnight or with too many passengers, and their parents, can expect heftier fines as the state has increased penalties for this category of drivers specifically.

Alaska motorist law does not require the use of turn signals on roundabouts.

Minors in Arizona are completely restricted from using a mobile device while driving. This limit applies to the first six months of driving with a learner’s permit or driver’s license.

Arkansas prohibits open containers of alcohol in the driver and passenger areas. The state’s maximum speed limit is 75 miles per hour. This means that while different state regions have other speed limits, the highest cannot exceed 75 mph.

All wireless communication devices used in cars in California have to be mounted to the windshield, dashboard, or center console.

Colorado’s law about texting and driving only applies to “careless or imprudent” driving. The penalties for this have changed from $300 and four points on a driver’s license.

Suppose you are driving in CT, and you have had a license suspended for operating a vehicle under the influence of drugs or alcohol. In that case, your vehicle needs an ignition interlock device.

School bus drivers in DE are prohibited from using any type of cell phone, even hands-free, while driving.

GA motorist law allows the use of ignition interlock devices as alternatives to driver’s license suspension for first-time DUI convictions.

Drivers in HI with few or no passengers can use carpool lanes when a traffic accident has closed down the regular lanes.

Idaho law allows drivers to exceed the speed limit by up to 15 miles per hour when passing on two-lane state roads where the limit is already 55 mph or higher.

Drivers in Illinois must slow down or change lanes when passing any vehicle on the side of the road with hazard lights flashing.

On roundabouts, Indiana motorists must yield the right of way to semi-trailer trucks, buses, and other vehicles 40 feet in length.

Failure to use seat belts in KS now carries a $30 penalty for 18 years of age and older. This has been increased from $10.

In Kentucky, only white lights are permitted for headlights on private vehicles.

In Louisiana, traffic speed cameras must have proper signage, or the images can’t be used to ticket motorists.

In Maine, a distracted driving law that would have banned the use of handheld devices while driving was vetoed by their governor, who called it a form of “social engineering.”

Objects obstructing the driver’s view through the windshield may not be hung or attached to the rearview mirror in Maryland.

Suppose a driver in MA uses a cell phone or other electronic device and causes an accident that causes property damage or injury. In that case, this is considered a negligent operation and will result in loss of license and criminal charges.

Autonomous vehicles on public roads are now permitted in MI, where only manufacturer testing was previously allowed.

In Minnesota, hand-held devices such as phones and mp3 players are banned only for new drivers. Talking on the phone without a hands-free system in a vehicle is prohibited for all.

Missouri recently increased its fines and jail time for drivers who speed through work or school zones.

Montana recently raised the speed limit on Interstate 90 and I-15 from 75 miles per hour to 80 mph. The new limit will be strictly enforced.

Nebraska cyclists are treated the same as pedestrians in crosswalks, giving them legal right of way in crosswalks.

Additionally, the mandatory side path rule, which required cyclists to use a side path if one was available and not the street, has been repealed to allow for increased cyclist safety.

In Nevada, “trick driving” is now considered a reckless driving violation. Trick driving involves traveling at high rates of speed and, in some cases, creating a video of a stunt while traveling on Nevada roadways.

New Hampshire has increased penalties for drivers who pass a stopped school bus. They will now face a $500 fine and a 30-day license suspension for the first offense. Fines have also increased for drivers who fail to yield to emergency vehicles.

New Jersey has a hotline for people to report drivers who are texting while on the road. Drivers who are caught by law enforcement texting and driving will be fined.

New Mexico has heavier criminal sentencing for repeat offending under-the-influence drivers. These apply to those with eight or more driving-while-intoxicated convictions.

North Carolina drivers can now pass bicyclists and mopeds in no-passing zones with a four-foot buffer. Drivers who endanger a bicyclist or cause a crash will face increased penalties, including possible loss of license and fines.

North Dakota’s distracted driving laws are not limited to cell phone use. They include any activity that fails to maintain control of the vehicle. Drivers could face a fine of $100 for driving distracted.

In Ohio, drivers can legally drive through a red light if they believe it to be broken. They are required to come to a complete stop and then can proceed through the light. However, the burden of proof lies with the driver if the light is working properly and an accident is caused.

Oklahoma drivers can use the left lane on a divided highway if they are not impeding traffic. New signs are erected along the highways to move over to the right lane if drivers are slower than the pace of other cars.

Oregon expanded existing distracted driving laws that prevented the use of mobile phones to include any mobile electronic device that is not in hands-free mode.

Rhode Island drivers caught driving without a license won’t face criminal charges for a first or second offense. These are treated as civil violations, and drivers may still be fined. A third offense results in a misdemeanor charge.

South Carolina requires moped drivers to register with the Department of Motor Vehicles. Drivers under the age of 21 are required to wear a helmet. Drunk driving laws will also be enforced against moped drivers.

All SD drivers are not allowed to text and drive, while drivers under the age of 18 aren’t allowed to use a handheld electronic device at all while driving.

Tennessee law made it a misdemeanor to block public highways and streets in an area that restricts access for emergency vehicles. Violations are punishable by a fine of $200.

Texting and driving are illegal in TX and are punishable by a fine of $25 to $99. Devices used for mapping and stereo system control do not count under this law.

Utah has the strictest blood alcohol limit in the country. The limit is .05 percent. The state’s previous limit was .08 percent.

Vermont requires drivers to provide at least four feet of clearance for cyclists, pedestrians, and other vulnerable roadway users, like horse-drawn buggies.

In VA, opening a motor vehicle door when it is unsafe to do so (‘dooring’) will result in a $50 fine.

Texting, holding a cell phone, watching videos, and taking pictures are all illegal while driving in Washington state.

In West Virginia, drivers who speed past school bus stop signs will be ticketed, even when school isn’t in session.

Wisconsin prohibits mobile phone or other wireless device use while in a construction or utility work zone. Violators are fined $20 to $40 for a first offense and $50 to $100 for a second offense.

In WY, owners of electric vehicles pay a $50 tax equivalent to the gas tax levied on other drivers.

If you are planning a road trip where you will be crossing state lines or traveling to another state and renting a car, it is good to do a little research about how each state’s laws might be unique. Doing so will help you stay safe on the roads, and avoid getting a driving violation. 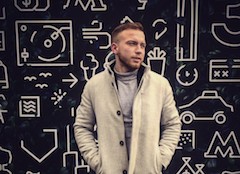 About The Author: Patrick Peterson is a content manager at GoodCar. Born and raised in the automotive world.

He’s an enthusiastic expert who writes exquisite content pieces about everything regarding cars and bikes. 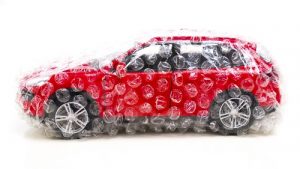 What to Do if You are Considering Rental Car Insurance 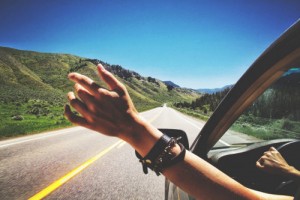 How to organize a road trip

Road trips are a fun way to travel These trips allow you the freedom to manage your own time, to stop whenever you want and to deviate from the motorways and main roads in search o … 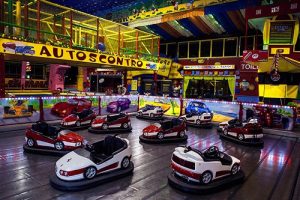 I Crashed My Rental Car! What Do I Do?

Vacations are the perfect time to unwind, relax and enjoy your destination Most people don’t like to think about the possibility of being the victim in an emergency situation or …

Aaren
the great thing is that i booked in 3 minutes having the guarantee of reserving the car i needed Amhed J.
AAA+ - i do not consider anymore to book directly at the airport; i book in advance ALWAYS - best deals and no bad surprises booking a rental car online Giovanna A.
Ottimo, mi son trovata bene! ***** Hans H.
Ausgezeichnetes preis und zuverlässigkeit Alain Robert G.
Reliable, fast and affordable prices - tres bien +++

Send us your opinions after using your car reservation!